Lists are a part of everyday life. To-do lists determine what to get done. Navigational routes provide turn-by-turn lists of directions. Recipes provide lists of ingredients and lists of instructions. With a list for nearly everything, it’s easy to understand why they are also popular online.

When we want to use a list on a website, HTML provides three different types to choose from: unordered, ordered, and description lists. Choosing which type of list to use—or whether to use a list at all—comes down to the content and the most semantically appropriate option for displaying that content.

In addition to the three different types of lists available within HTML, there are multiple ways to style these lists with CSS. For example, we can choose what type of marker to use on a list. The marker could be square, round, numeric, alphabetical, or perhaps nonexistent. Also, we can decide if a list should be displayed vertically or horizontally. All of these choices play significant roles in the styling of our web pages.

By default, most browsers add a vertical margin and left padding to the <ul> element and precede each <li> element with a solid dot. This solid dot is called the list item marker, and it can be changed using CSS.

Because the order matters, instead of using a dot as the default list item marker, an ordered list uses numbers.

Ordered lists also have unique attributes available to them including start and reversed.

The start attribute accepts only integer values, even though ordered lists may use different numbering systems, such as roman numerals.

The reversed attribute, when used on the <ol> element, allows a list to appear in reverse order. An ordered list of five items numbered 1 to 5 may be reversed and ordered from 5 to 1.

The reversed attribute is a Boolean attribute, and as such it doesn’t accept any value. It is either true or false. False is the default value; the value becomes true when the attribute name reversed appears on the <ol> element.

The value attribute may be used on an individual <li> element within an ordered list to change its value within the list. The number of any list item appearing below a list item with a value attribute will be recalculated accordingly.

As an example, if the second list item has a value attribute value of 9, the number on that list item marker will appear as if it is the ninth item. All subsequent list items will be numbered upwards from 9.

Another type of list seen online (but not as often as unordered or ordered lists) is the description list. Description lists are used to outline multiple terms and their descriptions, as in a glossary, for example.

When adding a description list, the <dt> element must come before the <dd> element. The definition term and the description that directly follows it correspond to one another; thus, the order of these elements is important.

By default, the <dl> element will include vertical margins, just like the <ul> and <ol> elements. Additionally, the <dd> element includes a left margin by default.

One feature that makes lists extremely powerful is their ability to be nested. Every list may be placed within another list; they can be nested continually. But the potential to nest lists indefinitely doesn’t provide free rein to do so. Lists should still be reserved specifically for where they hold the most semantic value.

That said, once inside the <li> element, the standard set of elements may be added, including any <ul> or <ol> elements.

Fortunately we have control over how these list item markers appear at any level, which we’ll take a look at next.

The list-style-type property is used to set the content of a list item marker. The available values range from squares and decimal numbers all the way to Armenian numbering, and the style may be placed on either the <ul>, <ol>, or <li> elements within CSS.

As previously mentioned, the list-style-type property comes with a handful of different values. The following list outlines these values as well as their corresponding content.

There may come a time when the default list-style-type property values are not enough, and we want to customize our own list item marker. Doing so is most commonly accomplished by placing a background image on each <li> element within a list.

The process includes removing any default list-style-type property value and adding a background image and padding to the <li> element.

Occasionally we may want to display lists horizontally rather than vertically. Perhaps we want to divide a list into multiple columns, to build a navigational list, or to put a few list items in a single row. Depending on the content and desired appearance, there are a few different ways to display lists as a single line, such as by making the display property value of <li> elements inline or inline-block or by floating them.

If the spaces between each of the <li> elements are troublesome, they may be removed using the same techniques we discussed in Lesson 5, “Positioning Content.”

When changing the display property value to inline or inline-block, the list item marker, be it a bullet, number, or other style, is removed.

As when floating any element, this breaks the flow of the page. We must remember to clear our floats—most commonly with the clearfix technique—and return the page back to its normal flow.

Now that we know how to build lists within HTML and CSS, let’s loop back to our Styles Conference website and see where we might be able to use lists.

Our navigation menus are now complete, and the Speakers page is taking shape.

Lists are used quite commonly in HTML, often in places that might not be obvious or apparent. The key is to use them as semantically as possible and to leverage them where they best fit.

Let’s recap. Within this lesson we covered the following:

Now that we know how to add lists to our pages, let’s add media to our pages, too. In the next chapter we’ll dive into embeddable media such as images, audio, and video.

Based on your interest in Data & Machine Learning I recommend checking out the following Pluralsight courses:

Based on your interest in Product & Design I recommend checking out the following Pluralsight courses:

Based on your interest in Front-end Development I recommend checking out the following Pluralsight courses:

Based on your interest in Mobile Development I recommend checking out the following Pluralsight courses:

Based on your interest in Web Development I recommend checking out the following Pluralsight courses:

Based on your interest in Info & Cyber Security I recommend checking out the following Pluralsight courses: 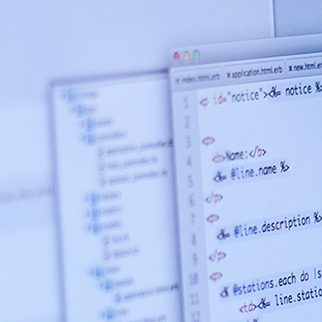 Checkout these advanced HTML and CSS lessons to take a deeper look at front-end design and development, perfect for any designer or front-end developer looking to round out their skills.